The Molnar Group held their 2nd community Open House on Friday, January 11, 2019 to present the current concept drawings of their proposed development for 388 Machleary Street. More background and detail can be viewed here.

Residents who were at the recent Open House, and others, may believe that the proposed development represents what is going to be built on the property, that approvals have already been given, and that “tweaking” the plans as presented is all that can happen now.   However, the Nanaimo Old City Association has learned that the Molnar Group’s proposal is still at the earliest stage of the City’s project development process. To date, no approvals or amendments to existing policies that guide development in the Old City have been given, or even comprehensively reviewed. More information about the City of Nanaimo’s process for an Official Community Plan Amendment Application can be viewed here.

It is important for Old City neighbourhood residents to know that our community’s input at this early stage has its strongest voice.  On Jan. 15, 2019 NOCA’S “388 Working Group” met and reaffirmed its position (communicated to the Molnar Group in a letter dated November 8, 2017 that the scale (density) and much of the design of the Molnar Group concept is inconsistent with the Official Community Plan, the Old City Neighbourhood Concept Plan, existing zoning bylaws in the surrounding community, and the community’s desires for the neighbourhood character and function to be maintained.  Future meetings and communications to City officials and the neighbourhood will focus on this message.  Click here for notes about current Land Use policies applicable to the immediate neighbourhood.

NOCA will continue to actively represent the interests of the Old City in maintaining its character and integrity.  Your participation and support in this important neighbourhood effort is welcomed and appreciated!

How can you get involved?

The more informed we all are about how the City’s existing policies and bylaws apply to the 388 property and surrounding neighbourhood, the stronger our neighbourhood voice will be.  Here are some suggestions. Become familiar with sections on Land Use Designation in the following documents:

Write to NOCA (www.nanaimooldcityassociation/Contact) supporting the integrity of Nanaimo’s Official Community Plan and the Old City Neighbourhood Concept Plan as they apply to the property known as “388 Machleary Street” (formerly Malaspina Gardens or The Old Hospital). 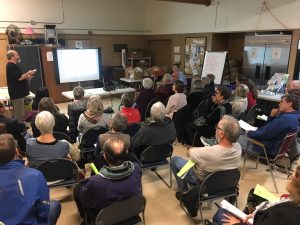 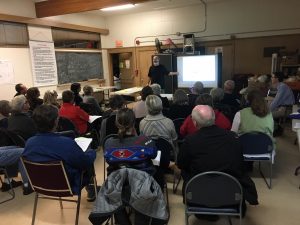 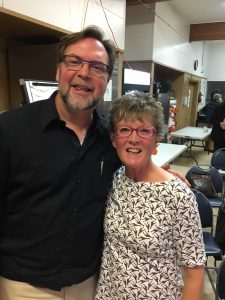 The City of Nanaimo has informed the NOCA Board that planning staff have received formal applications to redevelop the property at 388 Machleary Street. Staff are reviewing the information submitted in support of the joint Official Community Plan (OCP) and Zoning Bylaw Amendment applications. As the initial review of the application continues by city staff, NOCA can expect to receive a referral request in the weeks ahead.

City staff also tell us that the formal amendment review process, will likely begin in the fall of this year (2018). Prior to the meeting of the city’s Community Planning and Development Committee, the developers are required to host an open house to provide the community with more information about the development proposal. City staff anticipate the developer’s open house will also likely be held in the fall of this year.

The old city is a unique neighbourhood – unlike any other in Nanaimo. It houses the significant majority of the older homes and historical character in the city – a city that was one of the first established in the province in the 1800s.  Most of the rest of Nanaimo was built in the post-war era, especially since the 1970s. Our neighbourhood is complex and diverse, with homes ranging from very low cost to highly desirable renovated heritage homes.  Our residents value the character of the old city and feel a sense of stewardship towards its importance.

For the latest news from NOCA visit our News link above.